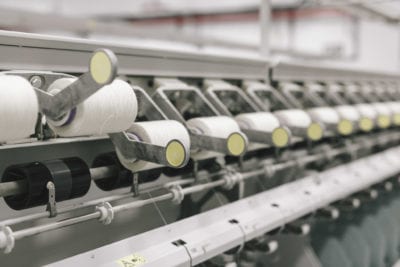 Natural fibres such as cotton and wool offer many solutions to the world’s current environmental challenges, but risk being misrepresented by sustainability ratings, the International Wool Textile Organisation (IWTO) told the representatives of the cotton industry at last week’s Bremen Cotton Conference.

More than 450 participants from 32 countries attended the conference, which brings together cotton and other textile specialists from around the world.

As part of the popular panel for Responsible Fibre Production, chaired by Cotton Incorporated Senior Vice President Mark Messura, IWTO Secretary General Dalena White cautioned attendees that, under current ratings systems, products made from wool and cotton are at significant risk of being rated poorly compared to synthetics.

The result of a rating scheme that doesn’t reward the attributes of natural raw materials and doesn’t penalise key environmental impacts of fossil fuel-based raw materials will be falling demand for wool and cotton as brand purchasing managers are forced to look for alternative fibres with ‘better’ ratings.

“To establish responsible textile and fibre production standards for the future, we will have to face the elephant in the room: our addiction to fast fashion,” Ms White said.

“This highly lucrative business model, enabled by the massive growth in fossil fuel-based fibres turned into low quality garments by the lowest labour rate available for the season, has been dominating our industry for the past 30 years, resulting in opaque supply chains.

Natural fibres such as wool and cotton offer many solutions to the current environmental crisis. Unlike fossil fuel-based fibres, wool and cotton are indefinitely renewable, they can be grown again year after year.

At the end of life, these fibre types can be used again, with wool valued for closed-loop recycling and ultimately, when the fibre is exhausted and no longer suitable for clothing, it is valued in insulation and bedding because of its inherent flame resistance. Similarly, cotton fabric is valued for recycling because of its hydrophilic, moisture absorbent nature.

Research has established that wool fibres biodegrade in both marine and terrestrial environments and do not contribute to microfibre pollution. Last year, IWTO published the first full Life Cycle Assessment (LCA) for a wool garment which revealed that wool garments have less impacts in the use phase because they are laundered less often than other fibre types and  are kept in active use by consumers for longer, saving valuable resources during the use-phase. Further work (in press) has shown impacts can be dramatically reduced by using garments to their potential.

As for cotton, Prof. Thomas Schneider, University of Applied Sciences for Technology and Economics (HTW), Berlin, said, “We have seen that cotton is indispensable for the future because of its properties as a natural, innovative, renewable, biodegradable, and recyclable raw material. The possibilities of its use go far beyond processing into clothing and are far from exhausted from the point of view of research.”

Natural Fibres Are and Have Always Been, Circular

The current rating rules that will soon be applied to textiles, designed largely by the European Commission, result in all-natural fibres being rated as less sustainable than synthetic fibres.

Accordingly, under these systems:

It is clear that it is not in the interest of fast fashion to allow natural fibres their deserved place in a balanced ecological environment. If left unchecked these scoring systems will see cotton, silk, wool, and other valued animal fibres relegated to the ranks of the unsustainable throughout the production cycle and ultimately at point of sale.

Sustainable Products in the EU – Make Your Voice Heard

The European Union has targeted the textiles industry as a priority sector for establishing sustainability standards, in order to achieve climate neutrality and a true circular economy. Clothing and textile products sold in the EU may soon be required to carry labels displaying their environmental credentials, in the expectation that consumers will use these to make the best choice for the planet in their purchasing decisions.

The EU’s clothing and footwear industry employs 1.5m people across more than 160,000 EU companies, many of them SMEs in development areas.

Wool textile processing maintains a significant manufacturing presence in Europe, from the Atlantic coast to the Bulgarian border.

In addition, due to their relatively high value, wool textiles play a pivotal role in proximity sourcing in the circular economy.

The Sustainable Products initiative, which will propose legislation aimed at making products sold in the EU more sustainable, is open for public consultation until 09 June 2021. Make your voice heard in support for natural fibres by completing the questionnaire on ec.europa.eu. A proposal from the European Commission is planned for the end of the year.